There are a variety of different San Blas Islands hotels and cabanas from basic facilities to more expensive options offering more exclusive features.

The more basic options will be a little more bare-bones. Some offer little more than a hut in the sand, few have running water, and most only offer shared baths. Some of the less expensive options are still located on beautiful white sand islands, while others are located amongst local communities. The San Blas islands cover a large area and there are only two forms of transport to get to them. You either take a 4×4 from Panama City to Carti or you fly from Allbrook airport to a San Blas airport. For more info on this please see How to get there section of each San Blas Hotel 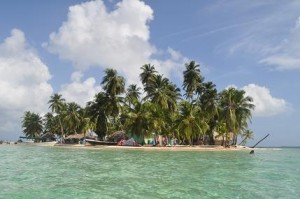 Well known over the last few years, Franklins has become one of the places we send people to the most and rarely get complaints. They have a number of cabins and a beach on their half off the island. The island is small but split into two, although it is hard to distinguish any divide and it seems to be no problem to wander around the islands fringes in the shallow surf. Island stays include three simple meals a day. Island stays includes three meals a day. snacks and drinking water you have to either take with you or buy over there. You can organize tours to other islands, just ask Franklin. The island is generally one of the cleanest.There is some very good snorkelling in and around the shore. With plenty of star fish, Sting rays and more…. 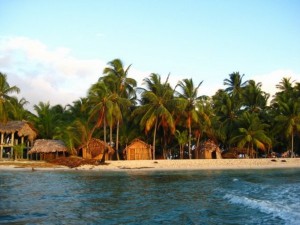 One of the original places in San Blas for backpackers, although the location is different to the old Robinson’s as they moved to a larger island near the original. This island is larger than Franklin’s but still relatively small. There are three to four groups of Cabanas and about six Guna families living on the island. Island stays includes three meals a day. snacks and drinking water you have to either take with you or buy over there. There is a tour to the local community included in your stay, and others can be organised for a cost. This island was, and still is, popular with backpackers but Robinson seems to have very bad phone reception so don’t be surprised if we have trouble trying to contact him. 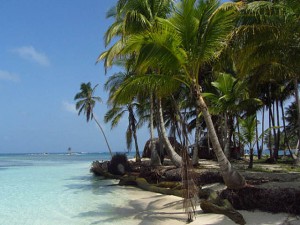 Ina is the nephew of Robinson, although at times you wouldn’t think it….., it boasts the usual shacks with sand floors. It is located just up the beach from Robinsons. Some cabins are shared, some are private. Island stays include three meals a day. Snacks and drinking water you have to either take with you or buy over there. Ina can arrange many tours to Islands like Dog or Estrella so just ask him and arrange a price when you are there. This island is more built up than Franklins but is much bigger and has decent beaches. At the moment Ina is one of our top picks as the reviews coming back about the family and the food have been very positive, but things in San Blas are never consistent and this could change at any time. 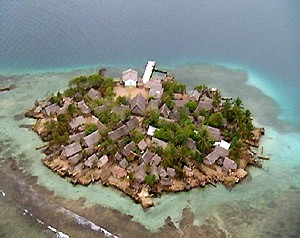 One of the original home-stays on one of the main Carti Islands. They’ve recently built an upstairs part to their house which has good airflow, but is still very basic. This is the best way to experience Guna culture if that is what you prefer instead of lazing on a beach, but do not expect to be there alone, it’s like a hostel. The usual three basic meals per day are included. The main town has a number of small stores where you can buy snacks, drinks and so on. Food is basic and toilets are placed over the sea. Includes daily tours to the local beach islands where you can spend the day swimming, snorkelling and lazing on the beach. Some of these islands have nothing but a local family, a couple of cabins and palm trees. In the afternoon you’ll return to Carti for the night. Eulogio and his brother Germain are great guys but just watch that they don’t try to overcharge you! They are pretty well known for it

Check our guide to the San Blas Islands, discover the amazing history of Guna Yala Plus our top tips when visiting and all available tours 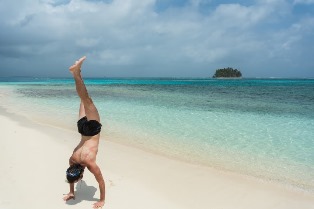 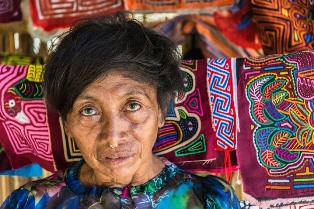 Our NEW 3 day and 2 night San Blas island tour is fast becoming the best option for people wanting to explore the islands and have a fun filled experience with English speaking guide. 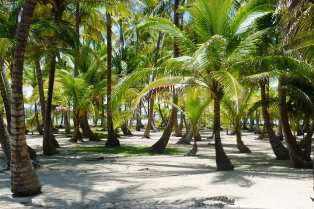 Our 2 or 3 day San Blas island tours give you a combination of enjoying the stunning Lemon Cays island region and remote areas such as the Cayos Holandeses islands.